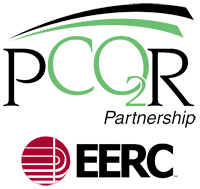 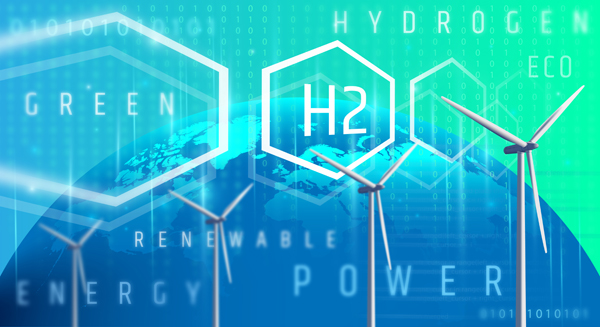 The use of hydrogen as a source of energy is not a new one.

It has long been considered in the energy industry, but using hydrogen was inefficient and costly, there were issues with transportation and storage, and even safety. Research and development stalled.

However, as the world is turning to renewable energy and focusing on reducing its carbon footprint, the use of hydrogen to produce energy is rapidly gaining momentum. Research and development to address the previous issues and concerns has grown exponentially in the past few years. 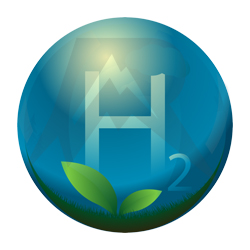 Resolute Engineering has been closely following the renewed interest in hydrogen energy and how our specialized skill sets in pipeline, facility, and permitting translate and compliment this technology. Our team has implemented robust software and proprietary technology that gives our clients important route and project estimate information very quickly and allows them to consider several options with various considerations outlined in our detailed reports. These efforts, along with staff additions and other enhanced resources, will enable Resolute to quickly assist our clients in making a turn toward processing clean hydrogen.

Hydrogen is the simplest and most abundant element on the planet. However, hydrogen “does not exist freely in nature and is only produced from other sources of energy [making it an energy carrier],” according to nrel.gov.

To date, the use of hydrogen to create energy or power has most often been used in refining petroleum, treating metals, processing foods, and fertilizer production. However, the fact that hydrogen is a clean fuel makes it an attractive option for use in transportation and utilities markets. With the focus on renewable energy, the contributions hydrogen makes to increasing the efficiency and cost effectiveness of those renewable energy sources, and reducing carbon loads in the atmosphere, set hydrogen to play an important role in the emerging national energy strategy.

According to energy.gov, hydrogen has “the potential for use in a broad range of applications, across virtually all sectors – transportation, commercial industrial, residential, and portable…in diverse applications, including distributed or combined-heat-and power; backup power; systems for storing and enabling renewable energy; portable power; auxiliary power for trucks, aircraft, rail, and ships; specialty vehicles, such as forklifts; and passenger and freight vehicles, including cars, trucks, and buses.”

Most hydrogen production today is by steam reforming natural gas. “Some envision hydrogen being produced from a variety of energy sources, stored for later use, piped to where it is needed and then converted cleanly into heat and electricity,” according to nrel.gov.

Hydrogen fuel is classified by multi colors, including: brown – hydrogen created through coal gasification; grey – hydrogen created from natural gas that produces large volumes of CO2; blue – hydrogen typically created from natural gas, but in the process, carbon capture and storage technology is used to collect and store greenhouse gases emitted; and finally, green – which creates hydrogen through electrolysis, using excess solar and wind energy to generate electrical current that is then used to separate hydrogen and oxygen from water. The hydrogen can be stored in tanks, underground caverns or even transported in pipelines to large storage facilities to be used as fuel. The only emission from this process is steam, creating zero carbon release.

Green and Blue Hydrogen are the focus of much of the research and development in the use of hydrogen. 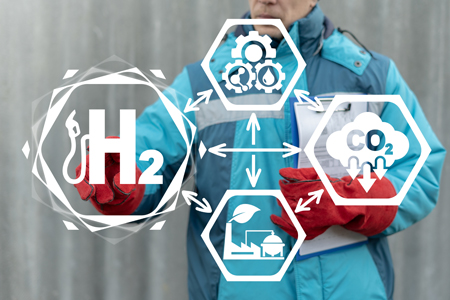 While solar parks and wind farms are becoming common sights across the United States and the energy industry is actually quite versed in using these important sources of renewable energy to create electricity, they are not always steady enough to be reliable. When there is an abundance of solar and wind resources, renewable energy works well and provides the power needed. However, when renewable energy is less abundant, energy needs must be maintained by other forms of power. Managing the peaks and valleys of energy available from solar and wind, is a challenge. There has been no way to capture excess electricity or power and store it to be used at another time. Hydrogen may be the answer.

The advancement of hydrogen fuel cells, which can be used in a wide range of applications, and advanced energy storage technology are helping make hydrogen a more viable energy option.

Resolute is engaged in helping move the technology associated with creating and storing green hydrogen forward and has been part of development and cost information that could be used to develop green hydrogen projects.

Green hydrogen projects are being looked at throughout the industry. One of the largest is planned by Intermountain Power Agency, owners of a coal-fired power plant in Delta, UT. IPA is creating a state-of-the-art facility they refer to as the “largest green energy storage project,” according to energy.utah.gov. When the project is complete, it will feature the first gas turbine designed and built to operate 100% carbon free. The facility, which is being developed by Mitsubishi Hitachi Power Systems and Magnum Development, according to utlitydive.com, will run on a mix of 30% hydrogen and 70% natural gas at start up in 2025 and will move to 100% hydrogen power by 2045. Project partners anticipate the facility will use renewable energy from across the western United States to generate green hydrogen, which will be produced by electrolysis and stored in an existing underground salt dome system.

The plant will supply renewable power to Los Angeles, CA, and various cities and community in areas of California and Utah.

It is widely recognized that transitioning to clean energy is not going to happen overnight, and it is going to take the cooperation of industry and government leaders to reach the clean-air goals that have been set.

Members of the Resolute team have worked closely with industry leaders to help move these types of projects, focused on providing clean energy, forward. Our considerable experience in pipeline work and understanding of this technology is tremendously important to our clients and to the industry.

One of the largest projects of this kind is in the early stages of development In North Dakota. Bakken Energy, LLC and Mitsubishi Power Americas, Inc., formed a partnership to build a “world-class” clean hydrogen hub in the state that will “produce, store, transport and consume clean hydrogen,” according to dakotagas.com. The hub in North Dakota will focus on blue hydrogen production. The North Dakota hub will connect to other hydrogen hubs throughout North American via pipelines.

Currently, the Bakken Energy and Mitsubishi partnership is working with Basin Electric Power Cooperative to possibly purchase and redevelop the Great Plains Synfuels Plant near Beulah, ND, which has been producing synthetic natural gas from lignite coal for more than 25 years. The plant also produces high purity carbon dioxide, which is distributed through a pipeline to end users in Canada for enhanced oil recovery operations,” according to netl.doe.gov. If the project becomes a reality, this will be the largest producer of clean hydrogen in North America, according to dakotagas.com.

This project is still in the early stages of development and may or may not move forward.

To make these projects and the vision of clean energy a reality, there are challenges that must be overcome, including addressing special considerations associated with storage, distribution, and transportation of hydrogen. Centralized facilities specifically designed to facilitate the storage of hydrogen are part of ongoing research and development, as well as regional storage facilities using pipelines for distribution, and over-the-road transportation.

Resolute Engineering team members have been closely following developments associated with this important alternative energy resource. We see our company playing an important role by understanding unique issues and challenges associated with hydrogen projects, and by designing and implementing hydrogen projects that help our clients meet their goals.

Our team has an unprecedented level of knowledge and experience in building facility and pipeline projects, and we have added additional team members with extensive specialized experience in hydrogen, which makes our team uniquely qualified to handle a wide range of hydrogen projects. In addition, Resolute is drawing from and capitalizing on our vast experience in dealing with the Department of Energy, the Department of Transportation, and various government agencies to help our clients understand and meet crucial regulations and requirements associated with facility and pipeline projects.

And perhaps above all, we are incorporating our commitment to the safety of the communities we serve and our people and to providing our clients with a cost-effect solution to their needs in every project we do.